Budapest was my last stop during the Eurotip and I thought it would be a good idea to visit Budapest at the end of my trip because its a little cheap. Anyways I have compiled  Budapest Travel Guide for 2020 if you are planning to take a trip to Budapest, Hungary. The best thing about Europe is its architecture, the history it has and the beauty it contains. One of the cities that lives up to the hype I call Europe, Budapest is without any doubt the perfect mix of Eastern and Western continents. The city has the reputation of being called ‘Paris of the East’ and I think it deserves every bit of this title. This lively city with magnificent boulevards, streets that leave you in awe and architecture like no other is a perfect place to go if you want a dynamic yet fun vacation.

Even though Budapest, Hungary in general, spent a lot of decades in the communist era, the effects are shedding now. The transition is quite apparent, as the new generation Hungarians have brought about a change worth witnessing. So, if you ask us, I will recommend you to visit Budapest at least once in your life and more if you love it (which I am sure, you will).

Without any further ado, let’s get into this Budapest travel guide on a budget, so you not only enjoy and have fun but have a bang for your buck as well. Let’s begin.

EVERYTHING YOU’LL FIND ON THIS BUDAPEST TRAVEL GUIDE

DURATION FOR YOUR BUDAPEST TRIP

Starting with the duration of your trip, I suggest you have a minimum of three days so you can go out and about without missing anything important. However, some travelers have a preference for not being rushed and travel around in peace, so you can increase it to four or five days.

Now come the weather bit and the months perfect for your Budapest travel. The summers in Budapest are the best time for you to visit as the temperature averages around the 60s to 70s. The maximum it gets on a few days is in the 90s. You might be thinking that the city would be overrun by the tourists if these are the peak months. Even though summer is the best time for tourists to visit the city, Budapest does not have a lot of tourists around this time, so you can go and enjoy your trip very easily. Generally, April till May is the best month to plan your trip in.

I don’t recommend you visit the city in Winter, because it is cold and you won’t be able to enjoy. Trust me, if someone asks me about best tip I could give in Budapest Travel Guide for 2020, I would say not to visit Budapest in winters. 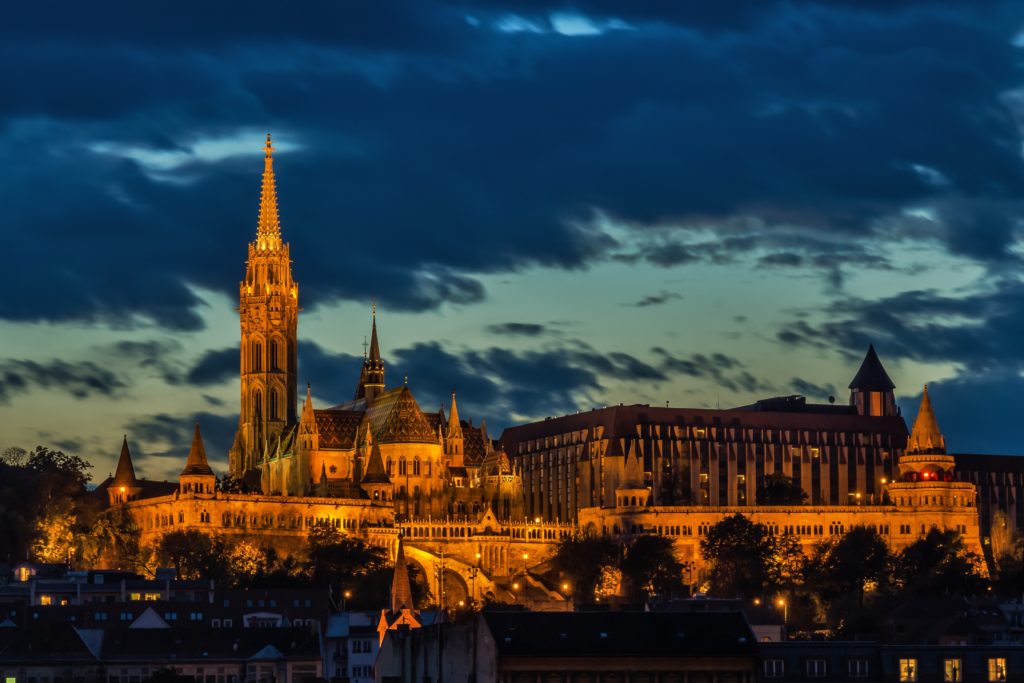 RECOMMENDED BUDGET FOR A SHOT TRIP TO BUDAPEST IN 2020

Budapest is one of the cheapest European cities, and if you are a budget traveler, this place is your haven. You won’t only be able to enjoy a lot, but the money you will be spending will be appropriate and much less to what you would have initially expected.

For planning purposes, I suggest you keep somewhere between $20 – $45 a day in your mind. It is a perfect budget to get the essence of Budapest without missing out on anything due to money. You will easily be able to spend more on things you wish to and you might be able to spend less, depending on where you are staying, when are you going and where are you eating, etc. But this is the money I suggest you have to be in the safe zone.

THE GOOD, THE BAD AND THE IN-BETWEEN

I generally like to give a disclaimer before I start this part. No part of this guide is to scare you, but it is really important as a tourist to know what specific things you should do and what are the activities or experiences you might want to protect yourself from. Everyone has their preferences so just go through the likes and dislikes of Budapest and decided for yourself.

What You’ll Love About Budapest:

Thermal Baths ­– If there is one thing the world knows Budapest for, it is their thermal baths. These thermals baths and their fame dates back to Roman times. This means they know what they are doing, hence such popularity. From locals to tourists, people still enjoy it and you should too.

Castle Hill & Architecture – The most famous Budapest attractions including beautiful streets, Art Noveau and buildings that are utterly gorgeous. Every nook and cranny are beautiful and full of majestic surprises.

Nightlife – This one takes the lead every time for all the tourists. Going on a vacation to a place with the nightlife that sucks? You will be missing out on a lot of fun. But, the entire Budapest loves Parties. The club scene is huge and the ruin bars are unique. Never miss out on them.

Danube River – Danube River banks are the UNESCO World Heritage site. Need I say more? Take a stroll along at night and you will know what I am talking about. 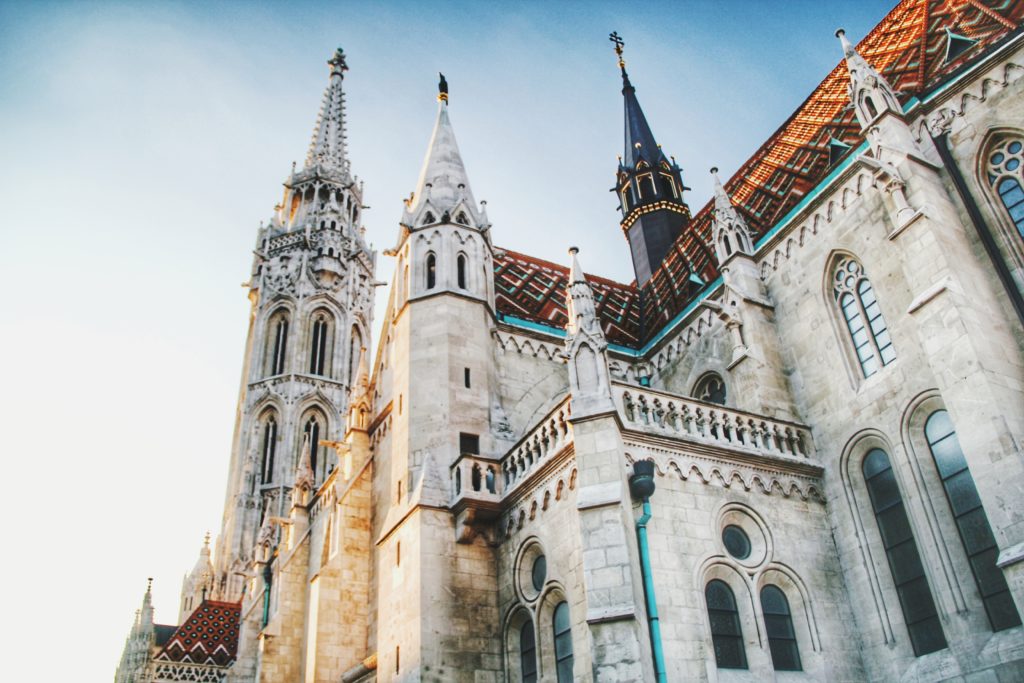 Must Read, Best things to do or see in Budapest

Scams & Pickpockets – If you have been following our Europe city guides lately, this is one thing you would be well aware of. Alike most of the places around Europe, people in Budapest also have a few scamming and pickpocketing trips up their sleeves.

One of the most popular ones is a beautiful local inviting a tourist into a bar for drinks, which end up costing hundreds of dollars. So, no place of flirting there. Also, beware of the usual pickpockets who will steal your stuff without you even knowing.

Language Barrier – Hungarian is a hard language. The alphabets are similar to English, but when you read them, the pronunciation is a lot difficult. Don’t interpret the signs and menus the way you will in English, because they are not similar.

The Popular Taxi Scam – While using taxis, be extra vigilant because taxi drivers in Budapest are known to rip off tourists. Use the government issued taxis and make sure you check the meter before you start and end your ride. 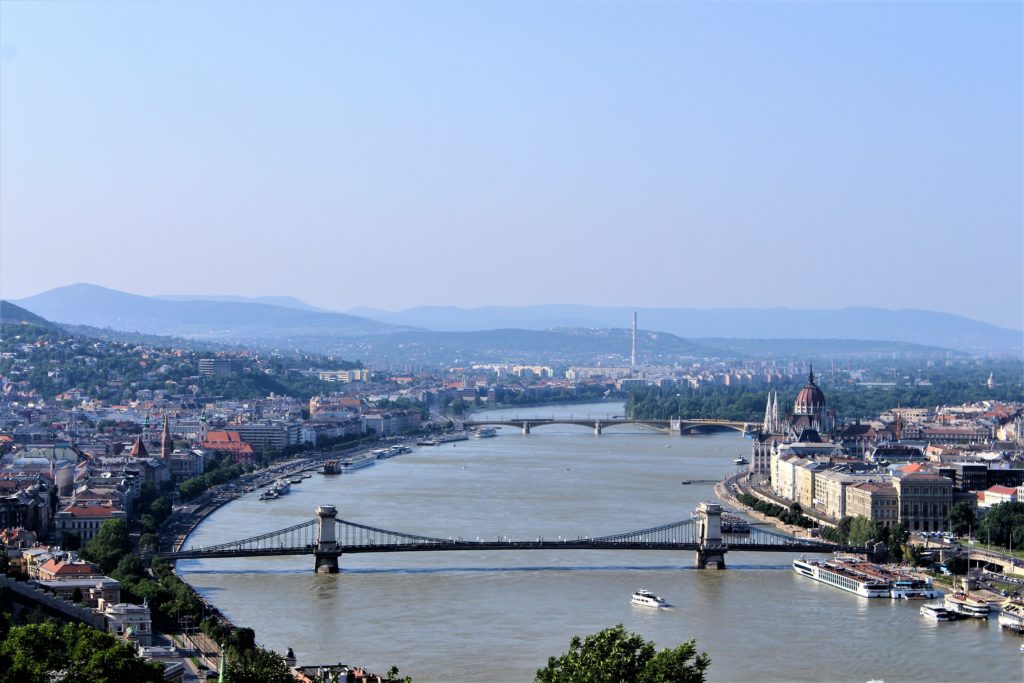 Its not possible for me not to mention Famous Thermal baths in Budapest Travel Guide for 2020. If you go back to the beginning of this guide, I have already introduced you to Budapest’s world-famous thermal baths. They date back to the time of Romans and since then they have become an attraction for locals and tourists alike. According to some, the thermal springs of these baths have healing powers. However, there is no scientific evidence to prove that so just go and have a nice and relaxing bath.

Now coming to where you should go to. Throughout the city, there are a handful of bathhouses, some are lavish while others are basic. The majority of them have different pools with varying temperature levels, so choose the kind which you can tolerate.

The two thermal baths I recommend you must visit include the Gellert Spa and Szechenyi Spa. The former was built in 1918 and has four thermal-medicinal pools, two outdoor pools, and six indoor pools. You will have to pay around $29 for entrance, cabin, and a locker rental.

On the other hand, Szechenyi was built in 1913 and is the most popular Hungarian Thermal Spa. It is beautiful and has 11 medicinal pools and eight swimming pools. One of the largest spas in Europe, you will have to pay $15 – $20 for a ticket that includes a locker and a cabin.

Things to keep in mind while visiting a thermal spa

Budapest has a lot of affordable and classy hostels at your disposal. You can easily find a hostel between $9 – $22 per night. On the weekend or the holiday season, you can expect to pay extra. These charges are for the dorm rooms, which you will be sharing with other people. If you want a private room, the charges will go up and will be somewhere between $40 – $70.

You can easily find a hostel of your choice at Hostel World. However, make sure to read reviews before you decide to book a hostel, as some of the European hostels have a reputation for being ‘party hostels’, and if you aren’t one of those who like them, it will be a big bummer to already have paid for one.

HOW TO GO AROUND in Budapest?

Traveling around Budapest is super easy. The city has a wide network of subways, trams, and buses. All of them can be traveled through a single card, which is quite affordable. One thing you need to be sure of is to validate your ticket before you decide to hop on a transport. The tickets are often checked and if it isn’t validated, you will be fined $30 – $60.

The single ticket is for $1.30, the book of 10 single tickets is for $11, and an unlimited day pass will cost you $6.15. If you wish to get a ticket to and from the airport, it will only be for $1.50, so avoid getting a cab because that would be much costlier. The best choice for you will be to download the SmartCity Public Transportation App. The app can be downloaded on any Smartphone and it gives you all the routes and offline maps for the public transportation network in Budapest.

WHAT TO EAT AND DRINK in Budapest?

Whatever you want to eat., Budapest has it. The city gets a decent tourism year long, so it has all kinds of food. If you ask me, I recommend you try the traditional Hungarian food. It is a must-try for all the tourists. It often consists of pork, poultry, veal or beef. Hungarians are quite big on Paprika, so it will be a garnish of almost all the dishes. The most famous ones include:

One of the best things about Budapest is, you can easily find a lunch under $5 and dinner under $10. The coffee here is also very popular, so you can easily find affordable as well as famous coffeehouses. Pro tip: avoid restaurants in the city center and famous touristy areas because they are sure to be overpriced.

Budapest is a lively city and in recent years, the influx of students has increased too. You can find cheap alcohol and lots of party buildings here (nothing shady happening). Remember when I mentioned the Ruin Pubs above? Let me tell you what they are about and why are they so famous.

The Ruin Pubs, as the name suggests, is built-in ruined and abandoned buildings. What happened was, after World War II, the buildings in the Jewish neighborhood were destroyed and later turned into secret underground bars and pubs. Many of these bars are still in life in the city.

Not just the pubs, but Budapest has a lot of fun nightclubs as well. So, be sure to check out them, as per your budget.

This was our Budapest travel guide with details of almost everything you should be aware of and the budget you should have if you want to have a blast while on your vacation to Budapest.